After my mother's death, I came across hundreds of photos that tell the history of her family. There were mothers before giving birth to me. They were a baby mother, a girl mother, a young woman mother, and my mother the stranger. 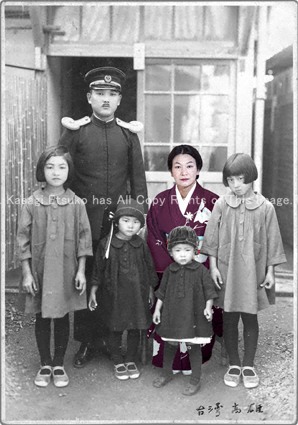 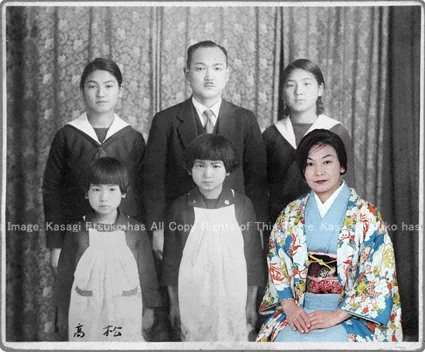 "Meeting my four-year-old mother
wearing a hat with a white ribbon
in Kaohsiung, Taiwan circa 1928"
206cm×145cm
computer-composed photograph
2003
Collection in Himeji City Museum of Art