According to my mother's withdrawal certificate, she landed at Sasebo Port, Japan on September 10, 1946. If you connect the episodes that my aunt and others told, it can be estimated that after landing my mother relied on her relatives to visit Tokyo and Nara and finally settled in Amagasaki near Osaka with her parents. According to my aunt, it was a confusing time when she didn't even know where and how her parents and sisters were doing.
I stood at Uragashira Pier in Sasebo Port in March 2006. On the hill overlooking the pier, there was the Uragashira Repatriation Memorial Museum, where the memories of the millions of repatriates who landed here were piled up like a mountain.
In my work "Sasebo Port", a small silver foil mother on the gangway ramp of the salvage ship is about to land in Japan. 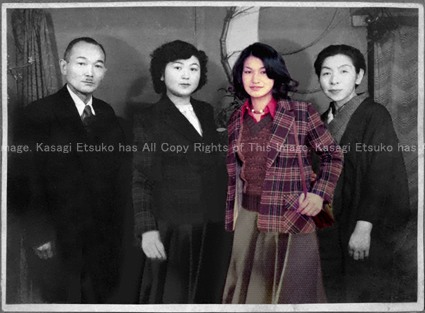